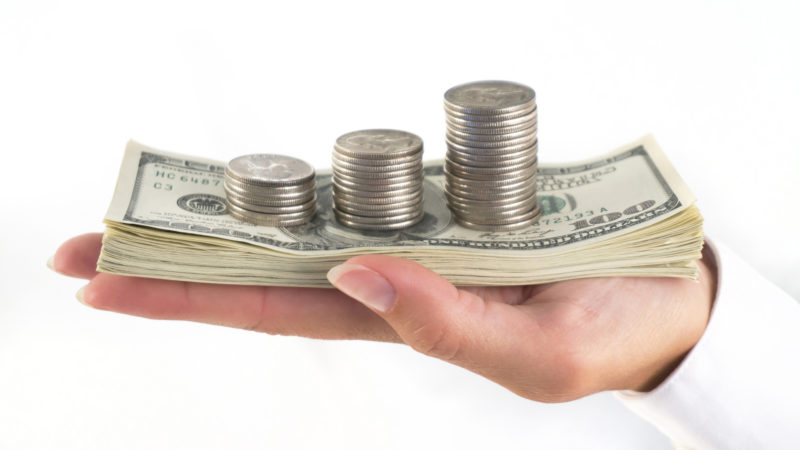 “My wealth has come from a combination of living in America, some lucky genes, and compound interest.” – Warren Buffett

We know what you’re thinking – how cliché of you to start a retirement blog post with a quote by Warren Buffet. But it’s so true. Many future retirees and investment professionals alike forget the basic rule of investing – such as the value of compound interest – and that is what separates the long term success of one portfolio from another. These simple rules cost them much more than a comfortable retirement, sometimes even their careers, or their best years. One of those rules is compound interest.

Let those two words resonate inside of you. They should define everything about your world of money. Even if you never took a basic economics or finance class, the concept of compound interest is very simple. Over time money that is saved will grow and money properly invested will grow both off the initial principal and the money that principal makes.

Merriam Webster defines compound interest as ‘interest computed on the sum of an original principal and accrued interest.’ Sounds fancy and off-putting, however, in reality it is merely the concept that the money your money makes, makes money.

Let’s look at it from an example perspective…. George, my good friend, wants to borrow $100 from me at 8% interest annually. Wow, that’s great, I can borrow $100 from the bank at 4%, which means I make $4 a year doing nothing ($100 times 8% is $8 minus $100 times 4% is $4 resulting in $4 for doing nothing). Now the difference between simple interest and compounding, is when you compound, you take the $4 in profit (or $8 if you aren’t borrowing money) and lend that out again. So both your original money and future money are making you rich.

The example above is one based on lending, though the same concepts can be applied to the stock market or other investment vehicles. The key takeaway is that reinvesting money made will help you grow your nest egg at a great rate.

Let’s look at an example.

By simply compounding the interest, by leaving the interest alongside the principal to grow, at the end of 30 years that measly 5% interest will be making you over $400 on your same $2,000. This is fantastic! This example has not even considered inflation and its associated challenges – so even in the simplest form the need for compound interest to rule your world should be clear. The key is to understand that principal and interest left alone will grow substantially.

Essentially, growth begets growth. For those of us who work our whole lives, paycheck to paycheck, the concept of making money without exerting any work is a foreign concept. Though in principle, it is the concept that the most successful money managers of our time have used. The ability to make money from an investment and reinvest that money into a future investment is the key to growing past retirement capable to retirement wealthy.

The earlier you start the more time you have for your interest to compound. That is why we preach to even put away $50 a month in your early twenties, as even small amounts have a drastic impact over the long term.The longer you wait to invest, the less time you give compound interest to work its “magic” on your retirement portfolio.

Photo by Pictures of Money

Next article Avoid the Wealth Effect

Why You Should Not Check Your Retirement Account Everyday

Refinance Your House and Invest in Your Retirement